BILBAO HOSTS THE FIFTH INTERNATIONAL CONGRESS ON METABOLISM AND CANCER 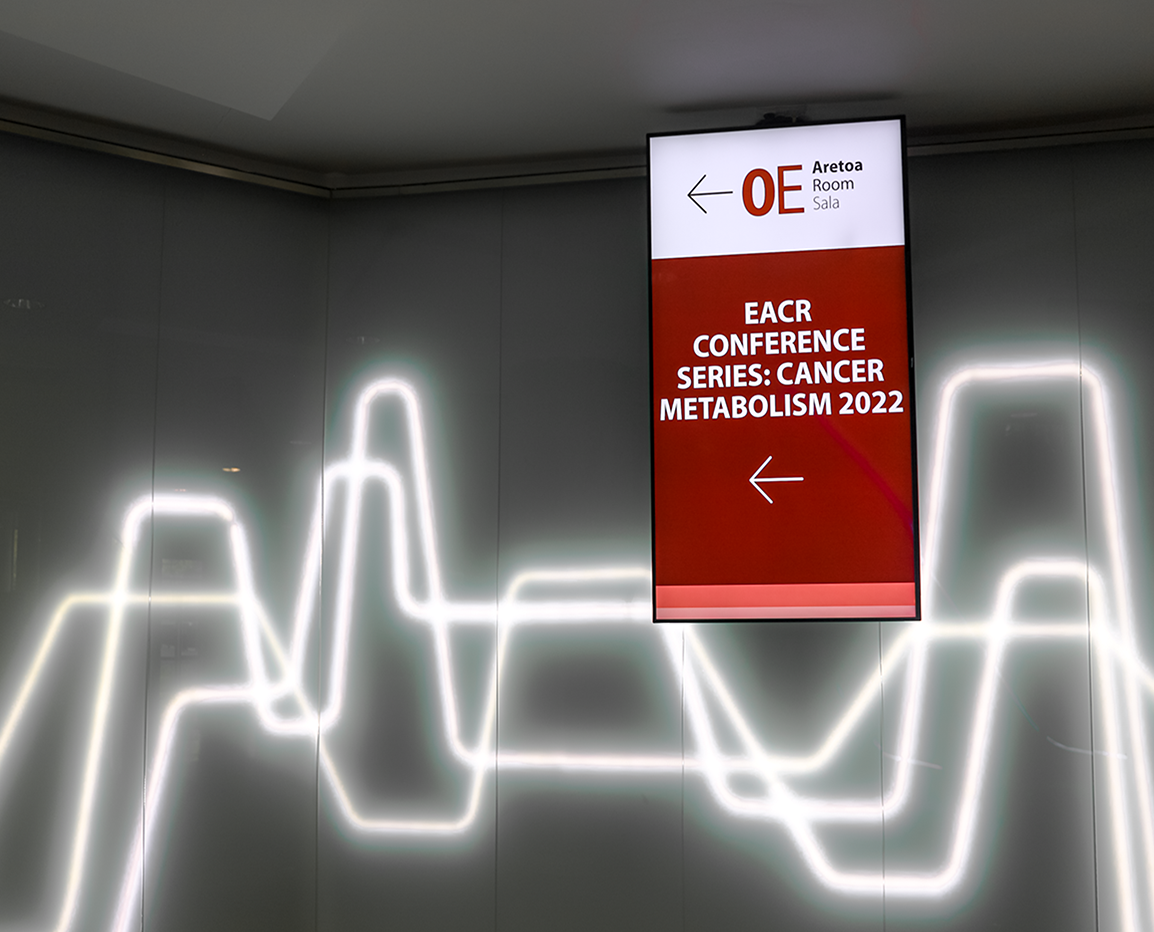 This scientific event returns to the traditional meeting in Bilbao. The congress, organised by the European Association for Cancer Research (EACR) and coordinated by CIC bioGUNE, has almost a decade of history. It will be held until Thursday at the Euskalduna Conference Centre in Bilbao and will bring together more than 200 researchers from 25 countries. The event has the support of the Bilbao City Council, which continues supporting scientific dissemination

(Bilbao, 10 October 2022) The Euskalduna Conference Centre in Bilbao will bring together the leading experts in the field of cancer metabolism research to share the latest breakthroughs in the field from Tuesday 11 October to Thursday 13 October. This event was created in 2014 as a strategic initiative of CIC bioGUNE to promote research in this field. In almost a decade, it has gained international recognition under the framework of the European Association for Cancer Research, EACR, which brings together more than 12,000 researchers from across Europe.

Arkaitz Carracedo, Ikerbasque Research Professor at CIC bioGUNE, who is a member of the national cancer network CIBERONC and promoter and organiser of the event, states that “scientists recognise this meeting as a key opportunity to hear about the latest breakthroughs in cancer research, while enjoying a unique social and cultural environment in Bilbao”.

Under the title “Cancer metabolism”, topics such as how cancer cells are fed, factors affecting the development or progression of the disease and new treatments based on the manipulation of cancer metabolism that can bring therapeutic benefit will be discussed. Carracedo recalls that “cancer metabolism has already helped to improve people’s health, contributing to better monitoring of the disease through technologies such as PET, which allows us to use radioactive glucose to highlight tumour lesions in patients”.

Thanks to the support of events of this type, the dissemination of research in Bilbao has become commonplace. From an informative and social vision to more purely scientific interaction, the city has been promoting a variety of actions over the last two decades to embed science into its DNA.

This conference is part of CIC bioGUNE’s strategic objective of disseminating advances in biomedicine at the scientific level, with specialised themed congresses with international impact, and at the social level, through dissemination actions coordinated with organisations such as the Spanish Association Against Cancer (AECC).

“Intimacy”, the new Netflix series that takes us on a trip to the Basque Country.

The maritime industry will meet at World Maritime Week from 21 to 23 March 2023.

This is the Radisson Collection Gran Vía Bilbao.